COVID-19 Notice: Events are posted and maintained by each organization. Many have not been marked as cancelled or postponed. Verify before attending.

Medina:  The Medina Community Band, under the baton of Marcus Neiman, conductor; John Connors, associate conductor; and, Matthew Hastings, assistant conductor will present their annual Veterans Day Concert – “Celebrating the Patriots” on Wednesday, November 13th, at 7p, at St. Francis Xavier Church, 606 East Washington Street, Medina. There is no admission charge for the program and free parking is available.

Lu Ann Gresh, Marcia Kline, and Lorna Lindsley will be featured trumpet soloists in Les Brown’s Don’t Sit Under the Apple Tree With Anyone Else But Me.

Organizers will have boxes available for those interested in making a donation to collect nonperishable canned goods or monetary donations to benefit the Saint Vincent DePaul Society. Additional parking is available at 600 East Smith Road and 620 East Smith Road.

Membership in Medina Community Band is open and there are no dues or auditions; however, members are expected to maintain a regular attendance.  The band rehearses on Wednesday evening from 7p until 9p in the band room of the Highland Middle School (3880 Ridge Road, Medina); providing three to four concerts during the fall, winter, and spring months both at home and on the road.  The band also presents their popular summer series every Friday, June through July, in Medina's Uptown Park Gazebo. 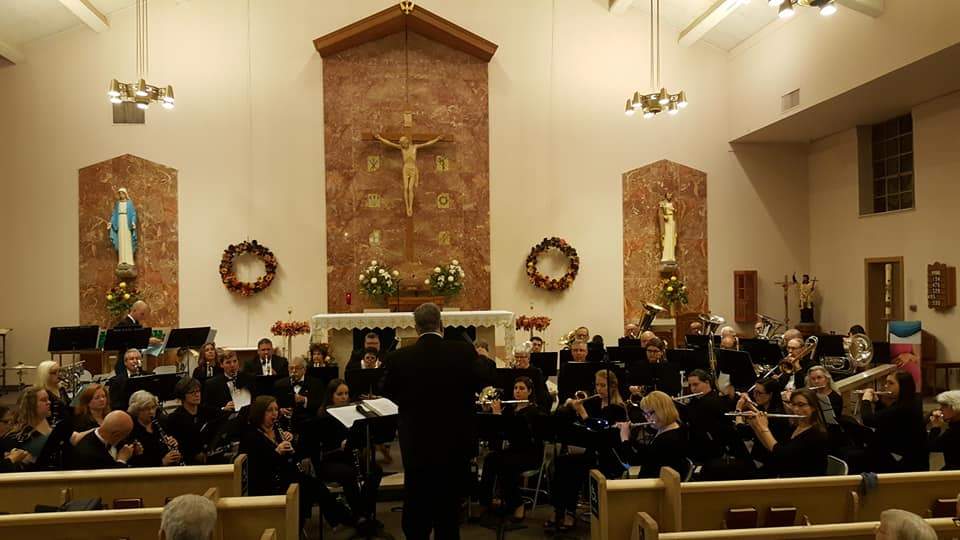 For additional information on the current concert season or Medina Community Band, visit our website -  MarcusNeiman@medinacommunityband.org.